Revolutionary changes in the taxation of income of partners in partnerships

The amendment signed by the President is to enter into force on 1st January 2021, and its key assumption is that the limited partnership and some general partnerships will have the status of CIT taxpayers. In the line with the amendments to the CIT Law, the rules of taxation of partners in partnerships under the PIT Law will also change. The companies may postpone CIT taxation until May 2021.

How is it now?

Currently, limited partnerships are tax transparent, which means that the tax on the income generated by the company is paid by its partners. Under the PIT Law, this type of income is treated as income from non-agricultural business activity. It means that the partners of limited partnerships have the right to choose to tax their profits with a progressive tax calculated according to the tax scale (17% or 32% tax rate) or with a flat tax rate at 19%. It is worth noting that the income from business activity is also subject to a solidarity tax, provided that its amount - after taking into account the available deductions - exceeds PLN 1,000,000.

The changes to the regulations included in the amendment provide that the income of the partners of the companies in question will be classified as income from participation in the profits of legal persons (similarly to dividends) and thus taxed according to the flat PIT rate of 19% (after its taxation at the company level). The introduced change also means that partners of limited partnerships will not have to pay the solidarity tax on such distribution, even if their profits from participation in the partnership exceed PLN 1,000,000.

A general partner, as is the case with a limited joint - stock partnership, will be able to deduct from his tax liability the corporate income tax paid by the company (in proportion to the partner’s share). This may lead to a situation where if the company pays CIT at 19% from its income, the general partner will not have to pay additional personal income tax on income from the profits of a limited partnership. The proportional tax deduction will be due for 5 consecutive tax years, counting from the end of the tax year following the year in which the company generated a profit.

Unfortunately, it must be borne in mind that the above-presented possibility to deduct CIT paid by the company will not apply to the limited partners. However, the legislator introduces a new exemption for limited partners, which enables them to mitigate the double taxation of the same income. According to the provisions of the adopted bill, the 50% of income obtained by a limited partner will remain tax-free (although the exemption does not apply to all limited partners as the act provides for many exemptions from the right to exemption). The exemption is limited to PLN 60,000 (the limit will apply separately to each limited partnership in which the partner has shares). This in turn means that still a part of the distributed profit of the company may be double taxed.

It should be noted that the new regulations apply only to the limited partnerships having their seat or management board on the territory of Poland. Thus, income from participation in the profits of transparent foreign companies can be further treated as income from economic activity (as long as these companies are also transparent in the country of the company’s seat/management board). Therefore, their partners will be taxed on a different basis than in the case of qualifying income as income from participation in the profits of legal entities. Consequently, as of 2021 there may be a difference in taxation in Poland of the same type of income depending on whether the partner has shares in a Polish company or in a foreign company.

What could this mean for me?

The adopted changes introduce new and quite complicated tax solutions, hence the correct qualification of the source of income and its appropriate declaration in the tax return may raise doubts. Therefore, we encourage you to contact us, if you have any questions or doubts regarding the effects of the solutions adopted by the Polish legislator. 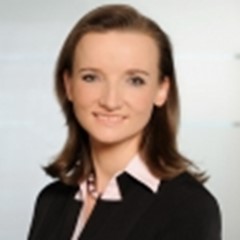 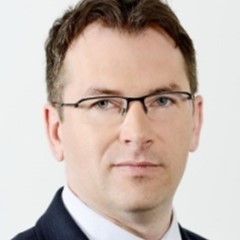