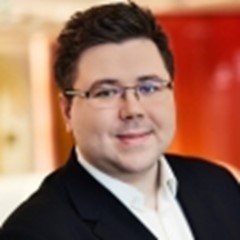 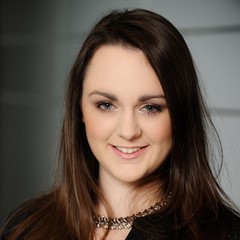 On July 26th 2021, a draft law introducing significant changes into i.a. Polish Corporate Income Tax Law and the Polish Tax Ordinance was published. The proposed bill includes a number of amendments that may affect international entrepreneurs, including foreign companies investing in Poland or Polish entrepreneurs with subsidiaries located abroad.

(i) the payment will be classified as passive (i.e. dividends, interest, license fees), and

(ii)  will be made with respect to related entities.

This means that, in particular, payments for certain intangible services will no longer fall within the scope of the new mechanism. Similarly to interest or royalties paid to unrelated parties.

Payments qualified as passive or exceeding 2 million PLN per year to related entities will be able to benefit from reduced rates or exemptions at source, provided that:

Furthermore, according to the draft bill, the taxpayer will be obliged to collect the tax if the total amount of receivables paid in one tax year to one taxpayer exceeds 2 million PLN and, additionally, when transactions without justified economic reasons will not be classified as passive payments (e.g. a payment will be artificially classified as a service).

Modifications in the definition of a beneficial owner

Another modification is the change in the definition of a beneficial owner. As it stands, one of the conditions for being considered a beneficial owner assumes constituting an entity that ‘is not an intermediary, representative, trustee or other entity legally or factually obliged to transfer all or part of the receivables to another entity’. The amendment proposes deleting the words ‘legally or factually’.

Extension of the definition of a controlled foreign entity (‘CFC’)

The proposed changes include extending the application of the CFC rules through:

The above changes mean that the CFC status of foreign entities, which were not recognised as CFCs under the current regulations, may change. As a consequence, it will have a significant impact on the obligations of Polish taxpayers and their future tax settlements.

With regard to the modification of the current rules, the planned regulations change the current definition of a CFC by extending the scope of the so-called list of passive revenues, by taking into account revenues such us, among others, those for intangible services, rental, sublet, lease, sale of rights in a partnership, investment fund, or even in some cases the sale of goods. The test of the low effective income tax rate paid by the the controlled entity has also been changed, by increasing it from 50% of the standard CIT rate to 75% of the standard CIT rate (hence the effective income tax rate condition determining the CFC status will be increased from the current 9.5% to 14.25%).

Finally, it was proposed to add two additional CFC definitions introducing completely new conditions that must be examined in order to qualify as a CFC. These tests are related to the value of assets (i.e. shares in other companies, real estate, movable property, intangible assets, receivables) owned by a foreign entity. The introduction of new regulations in the proposed wording will require Polish taxpayers to constantly monitor not only revenues but also foreign balance sheets subsidiaries.

Extending the definition of a Polish tax resident

The provisions in the proposed wording also extend the scope of entities with tax obligations in Poland to companies, taxpayers not having their registered office in the territory of the Republic of Poland. Within the meaning of the draft bill, these entities will have an effective place of management in the territory of the Republic of Poland, if: persons or entities being members of the control bodies, constituting or managing the foreign  taxpayer, will have their place of residence or registered office or management in Poland, or actually conduct current affairs directly or through other entities located in Poland (including on the basis of an agreement, a court decision or other document regulating its establishment or functioning, powers of attorney granted or factual connections).

Undoubtedly, an innovative aspect of the discussed reforms is the introduction of a new regulation - taxation of the so-called shifted income in the amount of 19%, which depends on the amount of costs incurred directly and indirectly for related entities, among others, for intangible services, license fees or debt financing costs. Taxpayers making such payments may, under certain conditions, be required to pay additional tax, which will have a significant impact on future CIT settlements.

The rationale of the current amendment is to counteract tax avoidance caused by intermediary companies, which in the draft act is regulated by taxing certain costs that are considered ‘shifted’ if they constitute at least 3% of the sum of all tax deductible costs.

However, the regulations provide for certain exemptions to the application of the regulations, if the related entity for which the costs are incurred is established in an EU / EEA country and conducts an actual (genuine) economic activity in that country.

The draft contains provisions aimed at combating the creation of artificial costs that may be perceived as "hidden dividends" by excluding from tax-deductible costs of payments (benefits) whose beneficiary is a shareholder or entity directly or indirectly related to the taxpayer or shareholder. The exclusion concerned mainly two situations:

The proposed provision has not been precisely formulated, which may complicate the situation of many taxpayers and mean that each payment made to a related entity may potentially be the subject to limitation.

Restrictions on the use of debt financing

According to the draft, the taxpayer will have to exclude from tax deductible costs the excess of debt financing costs over 3 million PLN or exceeding 30% of EBITDA. This change constitutes a clarification of the existing provisions aimed at removing any emerging interpretational doubts on whether the amounts of 3 million PLN and 30 percent of EBITDA should be added together.

The draft also introduces a limitation of recognizing debt financing costs obtained from a related entity as tax deductible costs in the part intended (directly or indirectly) for equity transactions, including, among others, the purchase of shares / stocks or all rights and obligations in a general partnership, additional payments, buying out shares for redemption.

Introduction of a Polish holding company

Pursuant to the wording of the draft act, regulations establishing a holding company will be introduced. The benefits from conducting business activity in this form cover:

It is important to note that the draft regulations introduce certain limitations on preferential taxation of the holding companies such as: these entities would need to conduct an actual (genuine) economic activity, would not be permitted to benefit from Special Economic Zone based exemption or decision on support for new investments as well as would not be permitted to benefit from a separate withholding tax exemption on dividends.

It should also be emphasized that the project includes a number of additional changes that may directly or indirectly affect international entrepreneurs, including:

What does it mean for me?

According to the plan, the proposed changes will enter into force on January 1, 2022. Their final shape will have a significant impact on future tax settlements. We recommend monitoring the progress of work on the project, including the result of the ongoing public consultation, which will last until August 30, 2021, and undertaking discussions and preparatory activities for the upcoming changes.

Polish Deal | Taxation of the real estate investments in Poland