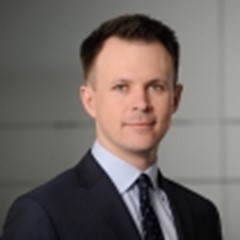 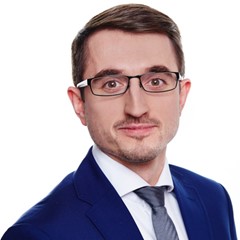 According to the Action 10 of the plan for Capital Market Union adopted by European Commision a standardized relief at source system should become the principal mechanism for withholding tax relief procedures. EU Commission legislative proposal in this respect on EU level may be expected at Q4 2022. Such legislation, if adopted, may result in significant amendments to the Polish system of withholding tax, most likely beneficial for the taxpayers.

On September 24, 2020, the European Commission adopted a new action plan for the Capital Market Union (CMU). The CMU is an economic policy initiative which is aimed at developing the EU's capital markets and ensuring access to market financing so that it can benefit consumers, investors and companies, regardless of where they are located. The CMU should in particular represent a means of financial recovery from the COVID-19.

The capital market union action plan proposes 16 legislative actions. According to Action 10 of the CMU action plan, the European Commission will propose a standardised EU-wide system for withholding tax relief at source in order to lower costs for cross-border investors and prevent tax fraud. This system takes into account:

The TRACE Implementation Package sets out the procedures, forms and agreements to be put in place to operationalise the TRACE Authorised Intermediaries system (AI system). This standardised system allows the claiming of withholding tax relief at source on portfolio investments. In order to claim relief from withholding tax under the AI system, the taxpayer should provide an ISD-I (investor self-declaration for individuals) or ISD-E (investor self-declaration for entities). The ISD-I or ISD-E should be submitted to the intermediary (generally a financial institution) that the individual or entity deals with directly and from whom receives the payment.

On the other hand, the Code of Conduct on Withholding Tax is a non-binding document that calls for voluntary commitments by EU member states. The Code is envisaged to apply to withholding tax procedures on cross-border passive income (mainly dividends, interests and royalties). One of the assumptions of the Code is to provide relief and refunds in an appropriate period of time (usually within 6 months) to the taxpayers.

In order to lower costs for cross-border investors and prevent tax fraud, the European Commission objective is that a standardised relief at source system becomes the principal mechanism for withholding tax relief procedures and their streamlining. Reclaim procedures should remain as a back-up (to cover cases in which an investor has been unable to benefit from relief at source).

It is expected that after close consultation with Member States, the Commission will put forward a legislative initiative by Q4 2022, subject to a positive impact assessment.

In practice, implementation of the standardized EU system for withholding tax relief will force the source country to modify its domestic law in order to adopt this system. This might positively impact the current Polish system of withholding tax. The recent changes implemented in Poland in 2019 caused significant additional administrative costs related to the WHT relief application.

At this stage, the final mechanizm of the standardized EU system for withholding tax relief is not known yet.